Here’s what we did on vacation. Mokie was worried at first but quickly acclimated, especially at the hotels.  She even thought the elevator was fun in one hotel we stayed at. But she loved the cabin.

First of all, we had never been to Lake Lure, NC before and it is a really pretty place to go. We rented a cabin on the lake and even enjoyed the rainy days.

Above is a watercolor that I painted after we got home, but one of the following sketchbook pages is of the same scene that was done on location (as all the sketchbook paintings are).

It was really thrilling to see this mountain the first thing in the morning. It’s a good thing I painted it then because the rest of the week it played hide and seek with me. One day it completely disappeared!

This little fishing pond was next to our cabin.

The Duck Pond was sort of behind the Fishing Pond. The Duck Cabin is built right over the water. Most of the time that we were there, no one was in residence.

This is the same scene as the first picture posted. It was drizzly so the rain made some nice marks on the painting.

Mokie was tired from all the painting and it was a rain day.

It continued to rain, so here is the kitchen end of the cabin.

There was a large meadow on the property and this mountain was usually visible. Across the roadway there was an area with pear trees and sometimes there were deer to bark at.

That’s all I was able to do there, but I did take lots of pictures and will be posting more from the trip – especially the Flowering Bridge. 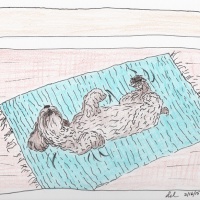 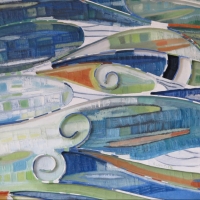 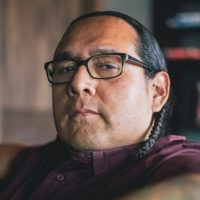 Just because you CAN read Moby Dick doesn't mean you should!